When you come to stay in Turkey, the opportunities really are endless in picking the best location for a safe, secure and friendly stop. Here are TAM’s top four locations:

If you are into shopping, culture, history and entertainment, then Istanbul, Turkey’s tourist heartbeat will offer even the most discerning tourist the best there is. 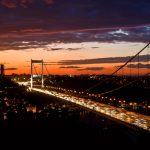 From museums, art galleries, major shopping centres, the Bosphorus River, historic attractions, such as the Blue Mosque and the Hagia Sophia, the city simply has it all.
And not only that, it can cater for expensive tastes in accommodation in the suburbs, as well as catering to the eclectic tastes of the diner.
With excellent road and rail links from the airports, Istanbul is well served and geared up to the tourist.

As the eighth biggest city in the country, Antalya is Turkey’s largest coastal city on the Mediterranean. Steeped in history, it really is a fascinating city to stay in and this is acknowledged by the boom in construction as many international guests look to stay on a regular basis.
The city, having Turkey’s largest international sea port, is also home to a host of famous hotel brands, fantastic beaches and shopping malls that will give the credit card a beating.
Antalya is probably the most complete travel destination in the country as it offers everything a tourist could want, particularly with its cool, chic, modern lines bustling alongside the ruins of ancient civilizations.

A holiday destination for more than 50 years, Bodrum and its gorgeous peninsula is the star of the Aegean Sea. Host to one of the Seven Wonders of the Ancient World, this chic beach town with a vibrant n 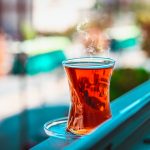 ghtlife, fantastic shopping opportunities, is often described as the equivalent towns in the South of France.
It has wonderful markets, great culture, a welcoming hand for tourists, and at its centre, the pretty St. Peter’s Castle, a medieval fortress.

As the country’s third largest city, Izmir could be said to be an amalgamation of Istanbul, Bodrum and Antalya, in offering Western sophistication, Eastern promise, and shopping malls and ruins to die for.
The city is a thriving metropolis that knows no bounds. Served by an international airport, it is within striking distance of some of the most popular attractions, including Ephesus.
If you want to get away from it all or simply be caught up in the hustle and bustle of life, then Izmir is a fantastic alternative to the other three cities.
As well as being modern and cosmopolitan, the city is home to fascinating restaurants, ancient markets and a throbbing nightlife that could easily rival Paris, London and Barcelona.

Located in northwestern Turkey, near the eastern coast of the S 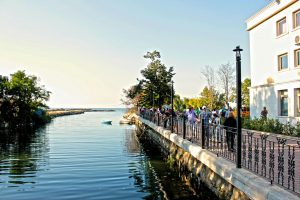 ea of Marmara, Yalova has a number of tourist attractions, such as the “Yalova Atatürk Mansion” used by Mustafa Kemal Atatürk, the founder of the modern Turkey, during his visits to the city.
There are also numerous new cultural centres, such as the Raif Dinçkök Cultural Centre and Cem Kültür House. The city is also famous for its hot springs in the Termal district and the Karaca Arboretum.

Bursa is a large city in northwestern Anatolia. It is the fourth most populous city in Turkey and one of the most industrialized metropolitan centers in the country. It is proving extremely popular with those from the Middle East due to its proximity to the rest of the country. It is also noted for its parks and gardens located across the city, and the vast and richly varied forests of the surrounding region. The ski resort of Mount Uludağ towers over it.

Links between the Middle East and Turkey

As Istanbul becomes a major hub between the East and the West, there are several options for Middle Eastern clientele.
The Middle East and Turkey are both served well with airlines including Turkish Airlines, Etihad, Emirates, Qatar Airlines and similar all providing fantastic services between the GCC and Turkey.
From Istanbul, the rest of Turkey is just a few hours away. Services to Izmir, Antalya and Bodrum Airports are all well served by Turkish Airlines and regional operators at all time sof the year.]]>