At TAM, we see many Middle Eastern clients and their response is simple.
Woo factor
As a cosmopolitan country with European intentions, but still a Muslim country, the offer of a great deal on property and the woo factor, are pretty complete.
We find that GEC investors are exacting and want the very best in property standards.
Hence the likes of Istanbul, the property darling of the Turkish real estate, and the likes of Antalya and even Izmir, offer great locations , great deals and, ultimately, great luxury, high-end properties
The country is also well stocked with international airports, such as Izmir, Istanbul and Antalya, and all have good links with the likes of Saudi Arabia, Abu Dhabi, Qatar, Oman and the United Arab Emirates.
New stats
And the latest figures from the Turkish Statistics Agency (TÜİK) suggest that the likes of Middle Eastern investors, even those from Syria and Kuwait, can’t get enough of the Turkey property scene. 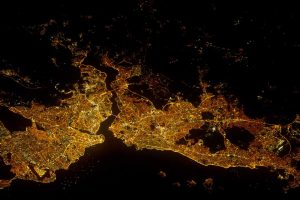 Despite the issues over the border in Syria, property sales to foreign people increased by 23.8 percent in October compared to the same month in 2014.
Over 18,428 properties were sold to foreigners in the first 10 months of 2015 – about 20 percent more than on 2014.
In October, a total of 2,236 properties were sold to foreigners, according to the official data.
Istanbul was the most popular destination with 780 units, followed by Antalya with 567 units, the northwestern province of Bursa with 136 units, and the likes of Yalova, Aydın and Muğla following behind.
Crucially the makeup of those buying property in October showed that Iraqi citizens bought 430 units, followed by Saudi Arabians with 325 units, and 142 units were bought from those in Kuwait.
Istanbul is the main hub of property buys for people from the Middle East simply because of the ease of access, transportation, international standing and the ability to shop in both the Asian and European sides of the city.
The other key issue has been the latest national elections which have returned the ruling AKP party, meaning that political stability is back in place.
Unique
Nevertheless, the unique attractions of Istanbul – such as the Hagia Sophia and the Blue Mosque – are also big draws for culture vultures. 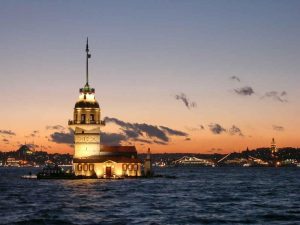 The rise of high-end developments in Istanbul are also drawing major investment from the Middle East as they see this as entry-level property and far from being put off by the ballooning prices.
In 2012, Turkey also lifted a law on the number of countries from whom foreigners can buy property here. It was essentially opening the floodgates to the Middle East investor.
There are also strong connections between Turkey and the Middle East due to the amount of export and import between the two regions, so much so, that businesses from the GEC nations have been setting up in Turkey.
The estimate of Middle Eastern property investment in Turkey has been put $4.3bn a year.
In recent weeks, the Turkish Economy Minister Nihat Zeybekci has revived an idea to grant citizenship to foreigners who buy property in the country.
He suggested that the entry level could be between $500,000 and $1 million, figures well within the range of the Middle East investor.
To find out what TAM can offer on the luxury property front, give them a call or email: info@tampm.org for more details.]]>