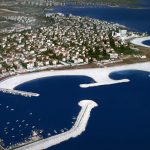 Istanbul remains the best-seller when it comes to foreigners investing in property on a month-on-month basis. July saw a 66 percent upswing in foreign buyers completing deals across Turkey, the country's biggest city by population remains at the pinnacle. Meanwhile, August property sales saw foreigners snap up 1,684 units in Turkey, with Iraqis, Saudis, Kuwaitis and Russians the most nationalities among the top five buyers. Again, Istanbul was the most popular, but which of its suburbs are … END_OF_DOCUMENT_TOKEN_TO_BE_REPLACED 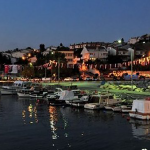 Through TAM's rental and letting management, their specially trained staff will be able to find you some of the best places to stay at affordable places if you are looking to stay short or long-term in these sought after suburbs. TAM would also like to make contact with foreign owners in Beylikduzu and Esenyurt who are looking for a professional company to let and manage their properties. Beylikdüzü Beylikdüzü is recognised as one of the most cosmopolitan suburbs of the metropolis, … END_OF_DOCUMENT_TOKEN_TO_BE_REPLACED

You may have just invested because you wanted a holiday home or perhaps you did it just to make some money. Either way there are times as an overseas investor where you will need to generate some income from renting out your property.If you’re lucky, all this will be in place when you purchase the property but what happens if the burden of finding a tenant and managing the property falls on your shoulders?Often investors find themselves scratching their heads and spending large amounts of time … END_OF_DOCUMENT_TOKEN_TO_BE_REPLACED